When Julius Malema becomes president and drives all the whites into the sea, it’ll be a real waste. Not least because the outstanding Chardonnay we tried at Groot Constantia yesterday would presumably be among those whites that we’d lose. To be fair, it’s already sold out (much like Julius will if that time ever comes), so there’s limited danger of any imminent loss, but still, it would be a mistake to lose such wonder to an unnecessary salty grave.

We had a look around the cellars at Groot Constantia, assisted by the informative and interesting Rayno. (Voucher prize from mother-in-law’s church raffle used, so I’m actually not sure how much cellar tour/tasting costs. Professional, ne? Lol.)
As you might expect, it’s a groot operation, but all was carefully explained, and I was delighted to learn that they are releasing a brandy in the (very) near future.
Wine is nice, but I’m more of a fan of red than of white. But that Chardonnay was a revelation. Lightly oaked, butterscotch and toast, just… lovely. I was surprised at myself.

Steenberg’s whites were also really good, their Semillion and the Sauvignon Blanc/Semillion blends particularly so. But it was their Pinot Noir MCC which stole the show. Really fresh, slight blush, fun to engage with. But enough about me – the wine was pretty good too. Stanley was our guide, taking us around the cellar, explaining the processes, answering our questions. All very professional and informative again.
(Flagship tasting @ R70. We also got a free cellar tour.)

And then to Klein Constantia with their rich history and Agapanthus-lined avenues. 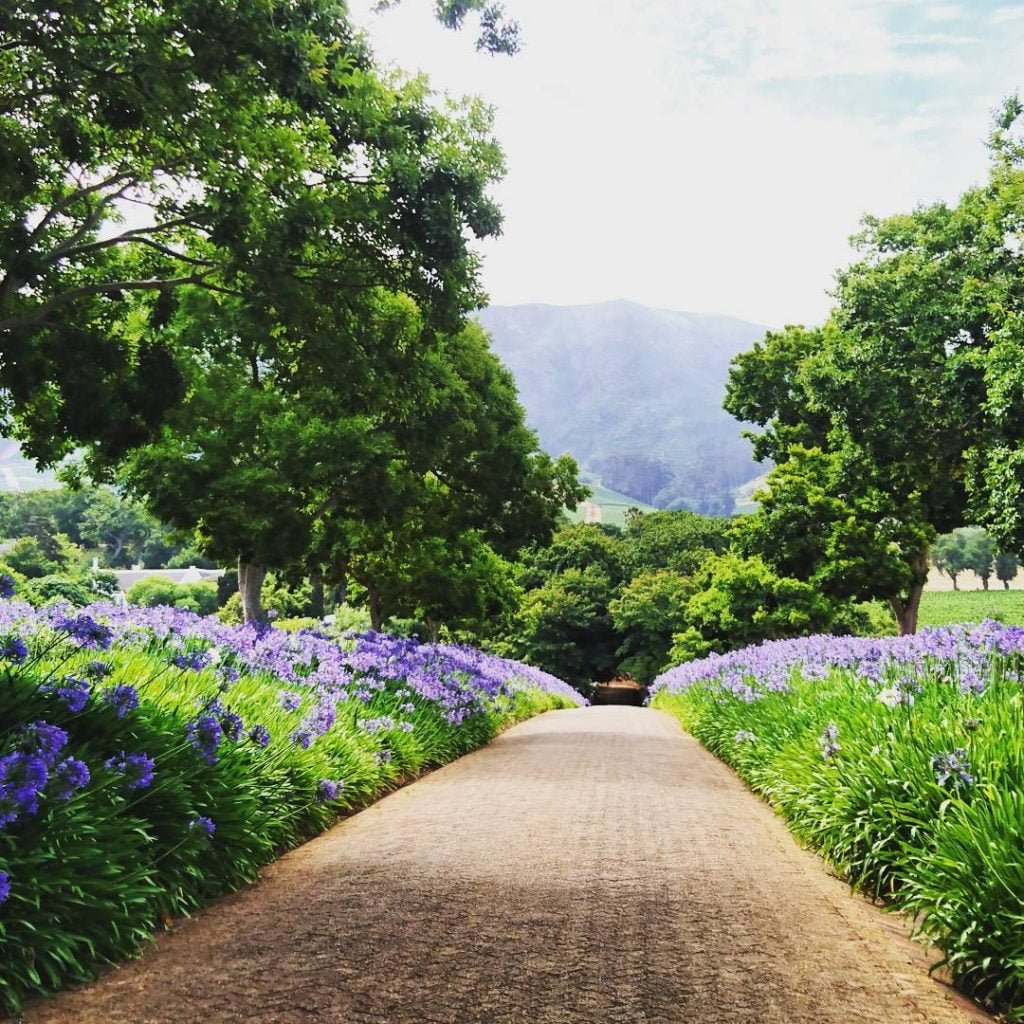 (Standard tasting, R50pp, one tasting waived per bottle bought)
Their stuff is good – no question about it – but generally I felt it rather overpriced. Sure, wine for special occasions deserves a bit more cash to be splashed, but if I were going to splash that extra cash, I’d fancy my chances of finding something better for those additional Randelas.
But then, as always, they brought out their Vin de Constance and nothing else really mattered. SA’s top wine and 10th in the world; it’s like no other. It was the last of [several] wines that we tried yesterday, and what a way to go out. It is unique. And utterly captivating.

We had a great day on the Constantia Wine Route. The farms we visited seemed geared up and ready for the upcoming holiday season and the wine we drank (especially those whites) was really noteworthy.

If you have the time in the near future, get out there and support local business while enjoying some amazing scenery and really world-class products.