People who know me in real life (as opposed to those who merely choose to follow the infamous internet personality and all-round shining wit that writes this stuff) may have seen this image over the weekend. 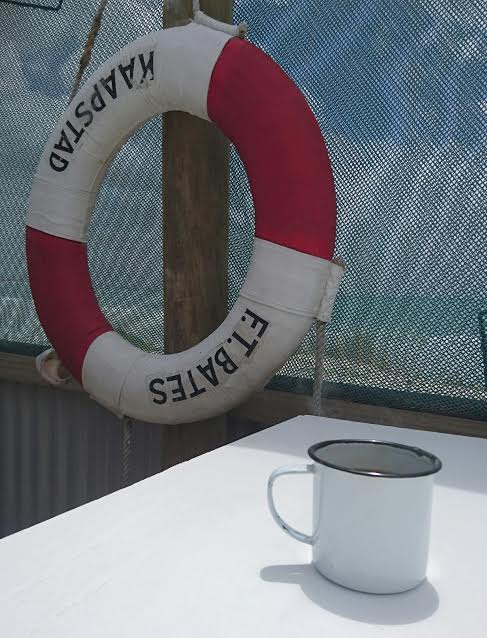 Whereby we attended a sandy Strandlopery place on Struisbaai beach after a walk along the shore (strandloping), and enjoyed some of their Moar Koffie.

But, because I’m sad like that, I found myself wondering if the decorative lifebelt was just that (decorative, I mean; I know it was a lifebelt) or whether there was actually a boat called the F.T. Bates.

Those beagle-eyed readers who have glanced slightly further down the page may already have guessed the answer to this one. 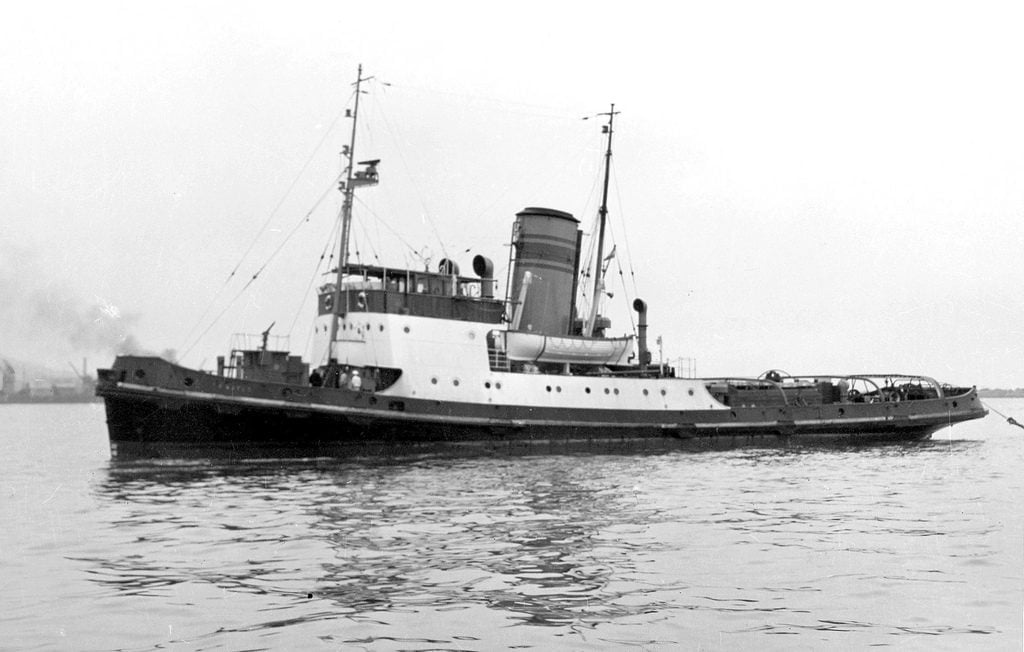 And look there on the front of the forecastle. Lifebelts.
The J.T Bates was a deep-water salvage tug built on the Clyde in 1950 and operating in and around Cape Town from 1950 until 1980. From there, she moved to Durban for a few years, but was scrapped there in 1983. The lifeboat from the tug (seen next to the funnel above) is now on display in the Port Natal Maritime Museum in Durban. 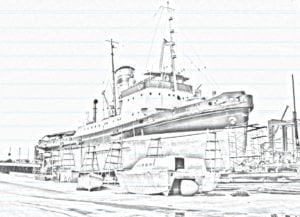 A pencil sketch to illustrate what the F.T. Bates might have looked like if it was hypothetically being repaired in Port Elizabeth in the late 1970s

The tug was named for the F.T. Bates who was “the senior member of the Union Government of South Africa. (Railways & Harbour Administration)  Railway Board” in the mid to late 1940s.

One of the major moments in the history of the J.T. Bates was in the S.S. Seafarer wreck:

As the engine-room began to flood the engines were shut down for fear of an explosion and Capt Branch realised that the ship was in grave danger. Every wave that broke over the SA.Seafarer pushed her further and further onto the reef. Hurriedly, but calmly, the passengers and crew gathered in the lounge while they awaited instructions from the master. By this time it was obvious that there was no chance of saving the vessel. The first message from the ship was one of urgency: “Please take off passengers and crew as soon as possible”. Rescue operations from the shore were immediately set into motion. The tugs F.T. Bates and C.G. White left Duncan Dock and manoeuvred into position outside the breakers off Green Point in order to render whatever assistance possible.

Obviously, there was very little (actually nothing) that the tugs could do on that night. In fact, it’s 33 years since the F.T. Bates has done anything.

But its name lives on through a lifebelt on a beach bar in Struisbaai.