As parents, it’s important that we let our kids know that they will experience different feelings at different times in their lives. Some of these feelings – the vast majority, we hope – will be positive ones, but there will be times when there will be negative feelings as well. And that’s natural and normal.

It’s ok to feel these feelings. All of them. Well… most of them, anyway.

Maybe draw the line at V. And forget about X altogether. 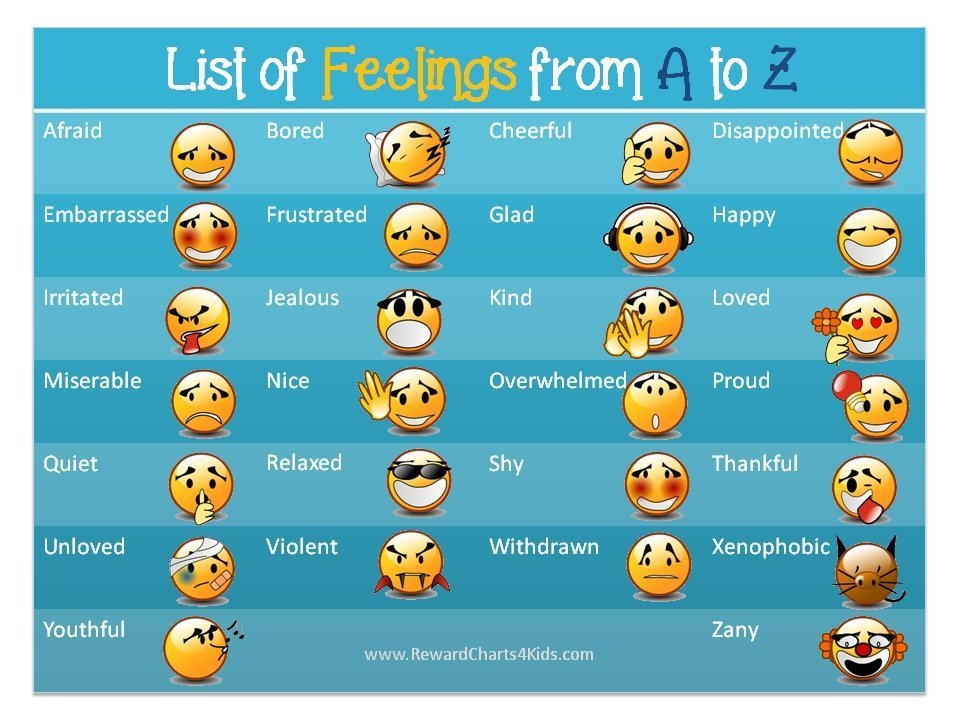 Honestly, stick anything else in there. Anything.
Stick in a feeling that doesn’t begin with X: “Bashful”, “Upset”, “Bold”, “Enlightened”.
Stick in something beginning with X that isn’t even a feeling and thus doesn’t make sense. “Xylophone”, “X-ray” “Xanthamonas maltophilia (which is obviously the previous incarnation of Stenotrophomonas maltiophilia)”.

But don’t put ‘Xenophobic’ on a list of otherwise generally acceptable feelings that I’m going to put on my 7-year-old daughter’s bedroom wall.

Serious note: That’s not to say that this didn’t promote some discussion about what xenophobia is, why it’s not a acceptable thing and, for the older child, some etymology as well. But still…