Draft night tonight, so I’m getting in early with something of a quota photo. And after our last two football matches being postponed due to adverse weather, I’m hoping for some sunshine. Hence this pic: 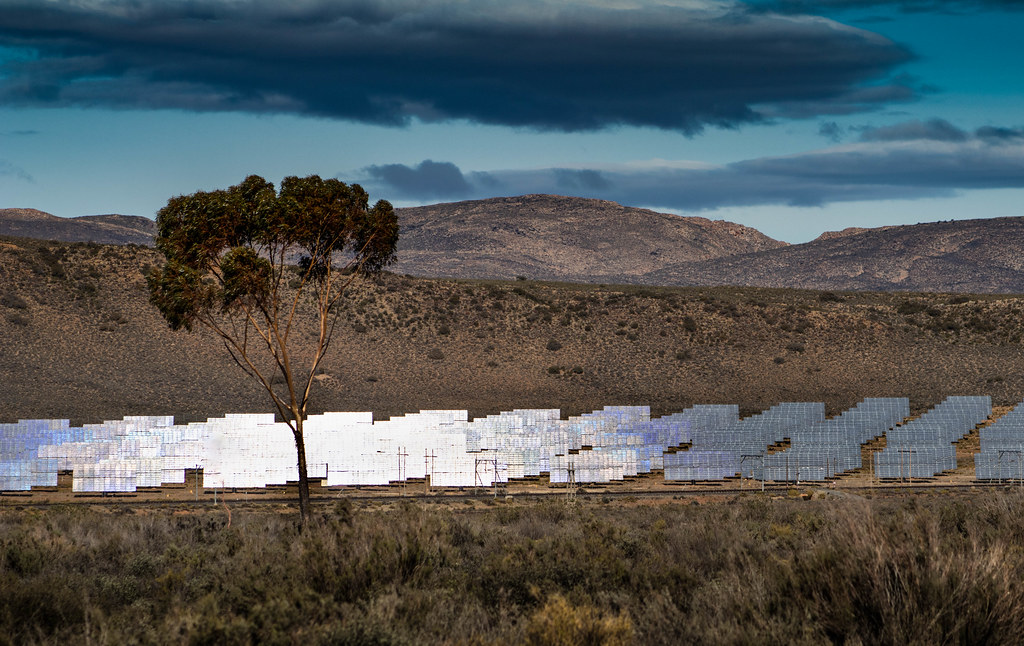 This is the Touwsrivier Solar Electricity Array, just off the N1 near… well… Touwsrivier. 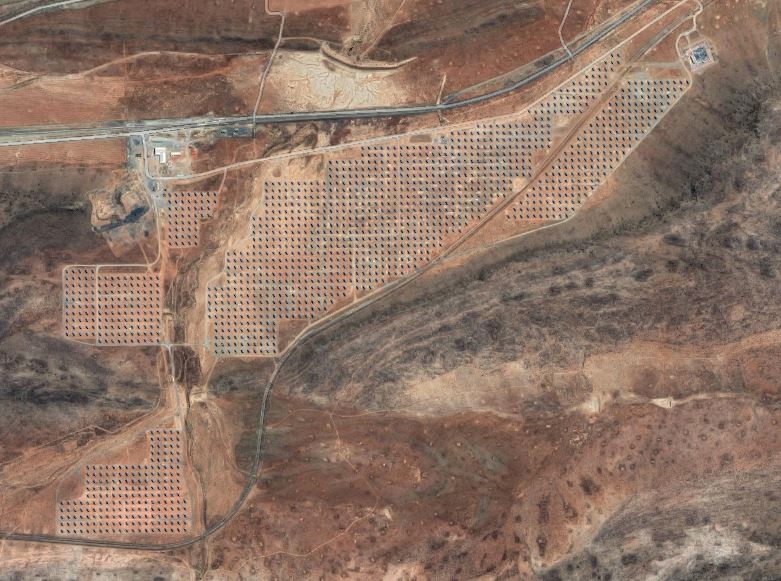 It’s big. Check out the foreground in that shot of mine up there and you’ll note that there’s a full size railway line running in front of the CPV systems. Dwarfed by the panels behind it. Dwarfed.

Inefficiency can like to be solar energy’s middle name.

Let’s hope for some decent weather today, not just so that Touwsrivier can make some much-needed electricity, but also so that we can actually get a match in before I choose some iffy EPL players to ruin my fantasy season.

For one reason or another (but mainly one reason), I haven’t been checking out much of the pre-season football that’s been occurring over the last few weeks. This has left me rather behind the curve with the annual fantasy football draft night coming up this week. And that’s why I have hijacked the TV for the afternoon and am doing some swift reconnaissance watching Manchester City and Liverpool.

Early days? Sure, but I think that it’s fairly clear that I won’t be selecting any Liverpool defenders -or midfielders – because apparently they simply don’t exist. Or maybe they’re just still on holiday. Either way, I can’t see them making a big splash early on in the season if they’re not even going to turn up.

That group of individuals aside, I do have a strategy for picking my players this year. And obviously, I can’t give that away just yet. Although, given my performance in previous seasons, I doubt that it would make any difference anyway.

Draft night is always a fun occasion, full of power banks, pizza and pisstaking. This season, with our league spread across four continents (although only three for the actual event), will surely be no different.

I’ll let you all review my team once it’s set in stone, so you’ll be able to predict just how routinely disappointing my fantasy season will be.

Last night was a lot of fun. Bit of a depressing drive home, if I’m honest, but I guess you can’t have everything.

Reality is a bummer, hey?

I ended up with some players from top clubs like Spurs, Liverpool, Man City, and a few from the also-rans like ManU, Chelsea and Arsenal.

My cosmopolitan team features some top names from three continents, and is ready to  play its first match this weekend.

There was actually more interest in this than I thought (basically one person sent an email), so here’s the starting squad for the Regal Beagles on Fantrax.

On paper, I think it looks like a pretty decent team.
Sadly though, I’ve just been informed that most of the games this season will be played on grass, not paper.

I still have high hopes ready to be dashed.

Being a football manager is easy money, right?

Pick your best 11 players each week, spout a cliché to the cameras in the tunnel after the match, carefully grumble about the standard of refereeing in the press conference, and then head home to your massive mansion and relax on a pile of large denomination banknotes.

I’m about to prove this theory by managing my fantasy football team – the Regal Beagles – to glory in our (now) regular draft league, starting tonight.

At least, we get to pick the players this evening. It’s a social event, with participants amassing at a secret Sea Point venue and others dialling in from the USA and Indonesia. There will be beer and pizza (in Sea Point, at least).

The actual league only begins on Friday, and I think I have a pretty formidable first XI (+ five subs) lined up. Sadly, there are 13 other players in the league, and I’m guessing that they will be after some (or more) of my team.

Last year, I got the first draft pick and I chose brilliantly: Mo Salah, no less. Sadly, by the time the 28th and 29th picks came around, the bottom of the fantasy barrel was already clearly on show and things went badly from there on in. I thought I was terrible at being a football manager, but some of the stats nerds on the team actually did some calculations and worked out that I was just very, very unlucky.

This year, I got pick number 7, and I think I’ve already worked out who will be choosing whom in front of me. Obviously, I can’t reveal just who my first choices will be, for reasons of tactical security. But I think we can probably say that Mo Salah will be plying his trade somewhere away from Los Beaglez this year.

Of course, it’s not serious (but it is); it’s just for fun (but it matters); it’s all about the banter (and the points… always the points).

More news on the state of play once the teams have been picked and once the season has started.

I’ve missed football. Hell, I miss it when there’s a week off for an international break, so the last few months have been tough. And after United’s amazing exploits last time around, the close season has been a bit of an anti-climax. I simply can’t get into these televised friendly “Sponsor Cup” tournaments – they clearly mean very little to the clubs involved, given that you find wholly different teams fielded for each half, never mind each game.

Sadly, that’s left me a little behind as we head into the Fantasy League season which goes hand in hand with the EPL. I have no idea who’s playing for whom, how well he is playing and if he’s likely to feature each week. These are important things to consider, as the leagues I’m part of take fantasy football very seriously. Draft night is coming up for the Togga league on Tuesday and while testing the system, I chose Goran Ivansevic and Mitt Romney as my central defensive pairing.

I’m feeling a bit out of it.

This may be the best weekend, but it’s also going to be packed full of me studying football websites. Or maybe I need to crowdsource: who would be your top 3 player picks from the EPL?
(Or top 5, or even top 11 if you’re feeling wild.)