A jumble of thoughts, in no particular order (hence my use of the word “jumble”), after watching the Chris de Burgh concert yesterday evening at Grand West in Cape Town (see also: yesterday’s post).

1. Aren’t there a lot of old people in Cape Town?

2. Three hours (with a 20 minute interval) is a fairly impressive performance. Older performers can do this because a) they have more songs to play and b) they are consummate professionals. Elton John did this too, but CdB was less flamboyant (what? really?!?) and more approachable, more humble. A perfect example of this was his performance of The Lady In Red – wandering around the arena, hugging, kissing or shaking hands with random members of the audience. It was cheese deluxe, but exactly what the audience expected and wanted.

3. Telling us in song after song that we are ruining the world with war is all very well, but you haven’t actually giving us any alternative, except “don’t do war”. Chris, sometimes a stern open letter is simply not enough.

4. Telling us in song after song that we are ruining the world with pollution is all very well, but your career is basically flying around the planet on jumbo jets and selling millions of plastic discs. Glass houses, ne?

5. AWKWARD MOMENT ALERT when he sang this bit of Light A Fire:

Let us march the road up the rocky hill tonight,
Under cover of the darkness,
We will slip behind the lines,
And we will take the men who have stolen our land,
For the years of domination,
Hit them right between the eyes,
And light a fire!

6. And while we’re on about lyrics, Don’t Pay The Ferryman. WTF?

What sort of advice is that? It’s a rubbish sort of advice, that’s what it is.
That’s no basis for doing business. Can you imagine if I tried to board BA58 at CTIA this evening suggesting that I would give British Airways an unspecified amount of money only upon our arrival at Heathrow?
I have to be honest, I don’t think I’d make it onboard.
Can you imagine Chris trying to take a taxi in Cape Town? Can you imagine him lying in Wynberg Main Road with a badly swollen eye? I think we can all imagine it.
So is this really how Chris operates? And he gets away with it?
What happened to trust? What happened to contracts?
No, Chris man. You’re out of touch and you’re going to cause unnecessary conflict, disruption and delay with this sort of foolishness.

7. Everyone there was really old.

8. This is the first gig I’ve ever been to where there was an interruption after four songs for a member of the audience to give the performer a red rose and a box of Titleist golf balls.

10. The lady behind us said she had claustrophobia, “but was ok if she sat between people she knows”.
I’m pretty sure that claustrophobia doesn’t work that way, but I was prevented from pointing this out to her by Mrs 6000.

Look, all in all, it was a good night. I knew three songs of his (plus the cover of Toto’s Africa) and people watching filled any downtime. I said yesterday that there’s always a place for live music, and to see a live performance of a famous song by the guy that wrote it, sung it and made it famous is never a problem.
(And, because I’ll likely come looking at some point in the future, the guitarist was called Neil Taylor.)

I’m going to a Chris de Burgh concert tonight.
This whole thing was Mrs 6000’s idea. Pre-Christmas, she got a bee in her bonnet about this Chris de Beagle coming to town for one night only and decided that she wanted to go. I bought the tickets as a loving “I recognise that we have different tastes in music and I know that you recognise that too, so while I am buying these tickets for you as a gesture of love, and to indicate my support of your decision in wanting to go and see Mr de Burgh, I also know that you will understand that it’s really not my thing and you’ll go to said concert with one of your friends.”

Long story ever so slightly shorter; such is the drawing power of Christophe van der Berg that none of her friends wanted to go.

So. I’m going to a Chris de Burgh concert tonight.

There is precedent here though, and it’s on my side. We had the same issue with James Blunt, and he was actually very good. We had the same issue with Elton John. He wasn’t quite so good, but he did have a mad drummer who was very good. And, at the end of the day (and ironically that’s when the concert is), live music is live music, so we make the best of our bad life choices and we go and have a good time.

If you haven’t head of Mr Van Der Bergh, please allow me to educate you, as I educated myself. He comes from an infamous family line.
Many of his colonial ancestors were intrepid explorers and mountain “discoverers”, you will have seen his family stamp all over South Africa: the Helderberg, the Drakensberg and the Magliesburg all bearing the family name. His great-great grandfather, William, was the original hipster, emigrated to the USA and gave his name to Williamsburg in Brooklyn, New York. Achingly trendy.

Chris is the great-grandson of brandy magnate Olof Bergh. 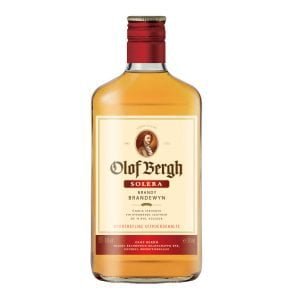 His auntie, Isabella Christine Edwina Berg was implicated in the sinking of a famous ocean liner in 1912. Dead ahead.

His great-uncle started a pig farm on the banks of the Elbe River in northern Germany, a settlement which has now become Germany’s largest commercial port.

Many are divided over Chris’ biggest moment. Most point to the longevity of his 1986 hit Lady in Red , but others are convinced that the emotional interview he gave when his son, Cameron van der Burgh, won gold in the pool at the London Olympics was his high point. I’d argue that getting to perform for me tonight would have to be up there as well.

We’ll have a good evening, whatever. There’s likely to be beer on sale and I will have some wonderful company.