This is going to be niche post, but if you are in that niche, then you will not only understand, you’ll wholeheartedly agree.

If only I had the cash, I would buy a painting. This painting: 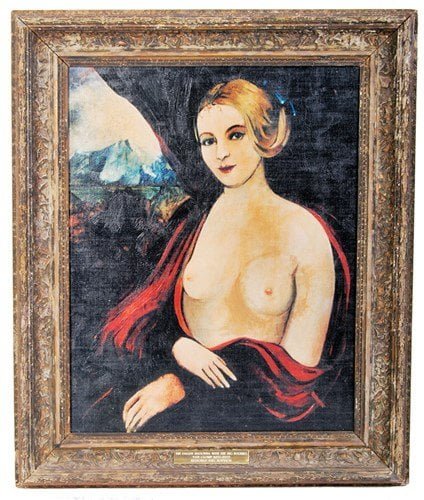 That smile! That brushwork! Those boobies…

If you are in the know, you’ll recognise this as a classic work by van Klomp. The official title of the piece is The Reclining Madonna, but many will know it by its more common name, The Fallen Madonna With The Big Boobies.  It far outshines other works of the period, including The Cracked Vase With The Big Daisies by his lesser-known contemporary van Gogh.

Appropriated by the Nazi forces occupying France during the Second World War, it has recently been rediscovered, and is now to go on auction in Bristol next month. The guide price is a modest £5-8000.

If only I had the cash…

The only concerning factor for me is whether this is actually the genuine FMWTBB, given that – infamously – many copies and forgeries were made in the 1940s. A quick sniff for any traces of German sausage (specifically a long knackwurst) should set the mind at rest.

(Just in case you’re still none the wiser: go here 🙂 )