I dropped the boy off early at the nuclear power station this morning. The traffic back looked awful, so despite it being a rather grey, miserable day, I decided to delay my trip back home by having a wander along Melkbosstrand beach. Never having been to Melkbosstrand before, I decided to head for the Atlantic Ocean and then stop just before I got my tyres wet and walk from there. This approach worked well, and delivered me to the parking lot outside the local NSRI station. From there, I shot this: 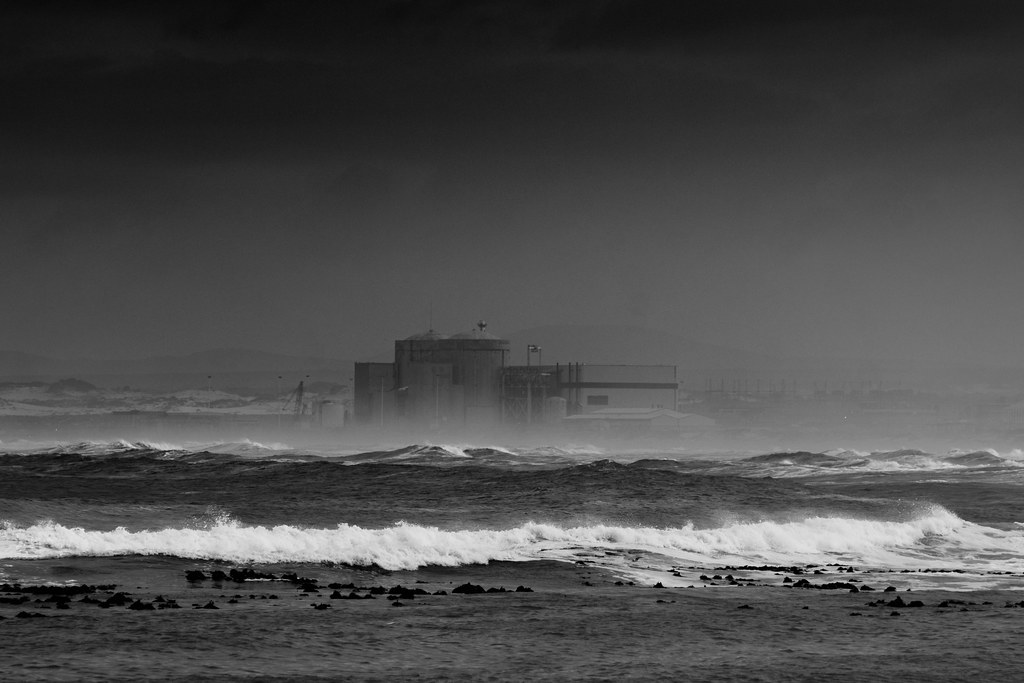 …which shows just how close the Koeberg Nuclear Power Station was to my chosen start point.
Couple of kilometres, max, right?

I hopelessly misunderestimated the distance. As a wandered along the rather nondescript beach, the power station slowly moved away from me. Or did the beach between us elongate? I didn’t seem to be getting any closer.

I don’t give up though, and even though last night’s energetic game of football had taken its toll on me, I kept going. It turned out to be about 5kms before I was met by this sign: 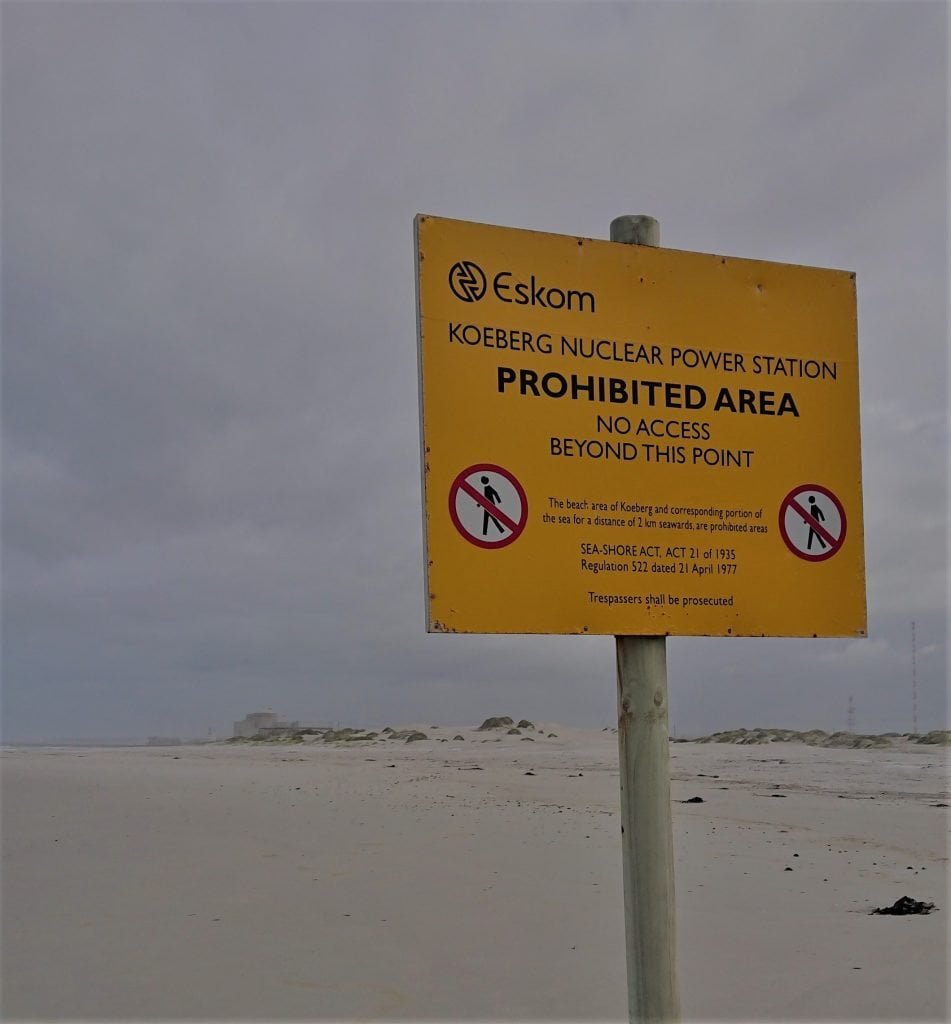 You’ll note that the actual power station still doesn’t seem to have got any closer.

Anyway, I thought that I’d better not go any further. After all, the sign says you mustn’t, and who’s about to disobey the Sea-shore [sic] Act 21 of 1935. Not I. Even if it has apparently (and unsurprisingly) been repealed. After all, Section 10, subsection 2  warns us:

Any regulation may provide a penalty, not exceeding a
fine of twenty-five  pounds, for any contravention thereof or
failure to comply therewith.

This sign seemed like a good place to turn around, given that much like the previous five kilometres, I wasn’t going to get any closer to the power station. It was then I found that I was going to have to face the rather stiff breeze for the duration of the journey back to the car.

In fact, it turned out that it was so windy that my gait was shortened enough for my watch to think that I was climbing stairs. 5km of them, starting at sea level and finishing at… well… also sea level.

I made it back, feeling smooth, energised, and smelling like tiramisu, and headed back home. A morning well spent, and I get to do it all again this afternoon – well, the driving bit, anyway.

I didn’t take my camera onto the near deserted beach. This is South Africa and one doesn’t take that sort of risk when one doesn’t know the area and there’s no-one around. It would have been fine, but there was nothing much to ‘tog anyway, so I didn’t miss out. Melkbosstrand might be nice in the summer (although I have no evidence), but it wasn’t much to write home about on a chilly, windy October morning.

One thought on “Station to Station”