Synthetic living creatures would be released into the wild to save endangered species and clean up pollution under this futuristic proposal by designer Alexandra Daisy Ginsberg.
Called Designing for the Sixth Extinction, the project is designed to trigger debate about how artificial organisms could be used to solve environmental problems.

And here’s how Brian Micklethwait introduced it:

It’s an interesting idea, but it’s not as revolutionary as you might think. Bio-engineering of microorganisms – although not strictly ‘synthetic’ – is already being used to sort out environmental issues, such as these methanotrophs. But Ms Ginsberg is thinking of things on a larger scale: 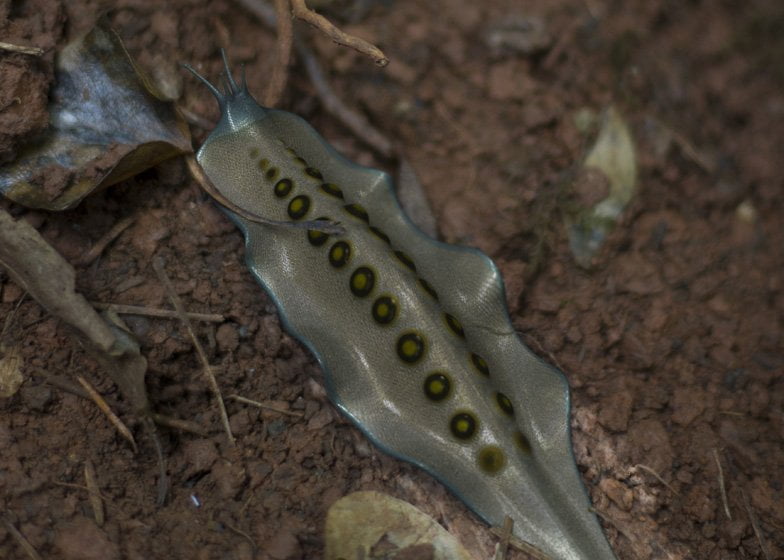 “These are bio-remediating slugs that reduce acidity levels in the soil to make it more hospitable. Soils get really acidic due to pollution; their slug trails are very alkali and they neutralise the soil.”

Cute. I think I want a bio-remediating slug as a pet. I’d feed it on sand soaked in vinegar and we’d all live happily ever after.

But seriously, these are interesting and promising concepts and an innovative way of looking at some of the environmental problems we face. Until, that is (as Brian points out), they unite, mutate and quickly take over the planet.