Completely ignoring the thoughts of flame-haired gyppo Mick Hucknall, I chose to mention just how tight money was in SA right now. Sitting watching the footy last night as prices around me continued to rise, I could see only one way out of the situation: sell our son.

Flushed with self-pride and bored with Greece’s lack of ambition, I ran to my wife and explained my brilliant plan. When I came round ten minutes later, I had a headache, my right wrist had been secured to the heater on the bedroom wall and my wife had locked herself and the boy in the nursery. Struggling to get myself off the floor, I contemplated the potential value of adding my wife to the deal. It was only after pulling the heater off the wall (I had only used rudimentary means of attaching it to the wall in case of just such an emergency) that I realised I should probably just have untied my wrist. Bugger.

I eventually talked them out of the nursery by using SWAT negotiation tactics that I learned on Discovery Channel. Well, that and pizza.
As they emerged, my wife handed me the boy and told me to blow his nose. Glancing down at his offending facial appendage, I was appalled to see what I could only imagine was the aftermath of an explosion at a pea soup factory. Evidently, it was actually the thought of drowning in snot rather than my agreeing to a helicopter and a fast car at the border which had forced my wife’s hand during the hostage episode.

Removing the rivers of green exudate from the boy’s top lip proved unexpectedly tough. It was sticky like glue, stringy like mozzarella, and clingy and difficult to get rid of like a couple of my ex-girlfriends.
It was then that my second idea hit me. Sell snot.
South Africans are bizarrely proud to have had a product called “Pratley’s Putty” developed within their borders. Pratley (Pty) Ltd supply “DIY Epoxies, Acrylic Adhesives, Anaerobic Adhesives, Cyanoacrylates, Sealants, Hybrid systems and Special Performance industrial adhesives” to home users across the Cape Flats. Their putty is marketed as “the only South African product to have gone to the moon” – presumably passing some of their less salubrious customers in the troposphere as it did so.
So there’s definitely a market out there for sticky stuff. And thanks to the continuing viral adventures of the little one, I’ve got litres of it.

Continuing with the space theme, it could be used to stick those errant tiles onto the Space Shuttle. Or as a sealant around the booster rocket joints. That’s 14 astronauts we could have saved already.
Closer to home, snot could be used as a non-lethal weapon to spray over mobs intent on xenophobic violence, thus immobilising them.
Tanks of it (in patriotic green) could be used for resistance training for the South African rugby team, or to drown Graeme Smith and Benni McCarthy in.

I’m sure there are a myriad of uses for this innovative and versatile product which I have not yet considered. There’s got to be some sort of waterproofing agent in there somewhere – and a kid’s toy. And maybe a foodstuff too.

I’ll have a quick sniff of Pratley’s finest and see what comes to mind.

Ah. Monday morning. My favourite time of the week. Apart from all the other ones, of course.
But I was actually quite delighted to make it through to this particular Monday morning.

As my alarm sounded (thankfully slightly later than the infamous 5:19), I rolled over on the 30cm strip of mattress which remained unclaimed by my wife and her onboard foetus and lazily reached out from under the security and warmth of the covers for the TV remote to flick on the news. I was greeted by the beaming face of Geraldine Fraser-Moleketi, South African Minister for Public Service and Administration. This was slightly perturbing, as I hadn’t actually switched the TV on yet. I opened my eyes again and Geraldine was gone. Shame – she could have got me a coffee. 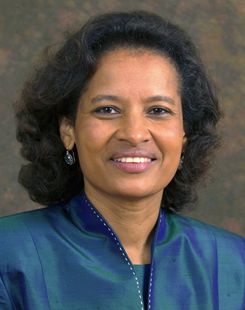 Geraldine – too 80’s popstar for Government?

Such are the hazards of waking up after a hectic weekend involving curry, a heated political argument with a couple of lesbians, a singing fibreglass train, a tub of pink butter icing, a Castle Milk Stout or two, a giggling monkey, an essential visit to a local pharmacy and an urgent – but minor – service for the new vacuum cleaner.
And if you think I’m lying about any one of those, then you’re unfortunately mistaken.
Unfortunately for me, at least.

The big event of the weekend was a second birthday party for our son. No-one is more surprised than me that he’s made it this far*, bearing in mind that for at least some of that time, he’s been in my care. A whole 731 days** is not to be sniffed at, but judging by the green ooze permanently emanating from his left nostril, sniffing is an art which he has yet to perfect anyway. Photos of the party, selectively edited to avoid any audience exposure to catarrh, will be posted to flickr at some point this week.

Roll on 5pm Friday, at which point the madness restarts. Albeit hopefully with less pink butter icing.
In the meantime, a combination of Placebo, Arno Carstens, REM, Smashing Pumpkins and an occasional coffee will aid with my further recovery.

We had a minor break-in at our house on Thursday, which capped a completely crap week off just perfectly (hence the lack of blogging). I don’t really want to go into it, but suffice to say that it really was the final icing on the coffin which broke the camels back.

So it was nice to take advantage of the stunning weekend weather to take the boy up for a run on the local school field. We sat there for a while, enjoying the view and eating jelly and custard in somewhat sombre introspection*.
Then the sprinklers came on and he made a dash for it. 20 minutes later we returned home, both soaking wet but still somehow covered in an implausible amount of custard.

It’s amazing how one little thing can swing your whole mood around. It was a reminder that whatever bad things life throws at you, watching your 2 year old son giggling uncontrollably as you both succumb to several hundred litres of high pressure water can sort all your woes out…

* I did anyway. He sat there eating jelly and custard via osmosis.

I have decided to give up drinking beer.
Apparently, anyway.

Yes, in some moment of weakness, probably after a bang on the head or something, any ongoing prevarication on the beer imbibage issue was ended and the big decision made.

I can’t recall exactly when that moment was. Neither, perhaps more importantly, can I remember what exactly prompted me to make sure a foolish decision, although I’m tempted to blame Eskom. Right now, everything in South Africa can be blamed on Eskom. Eskom then blame Thabo Mbeki, Mbeki blames Jacob Zuma and then everyone’s happy. Apart from the ANC Youth League. But no-one listens to them anymore anyway.

The only thing which served as reminder to this heinous decision were the barren, empty shelves of my beer fridge when I popped in to pick up a cold one on Saturday afternoon. There was barely even a trace of Castle Milk Stout. It was a crippling blow. Heartbreaking, even. I can safely say this as I found myself both crippled and heartbroken.

I would never normally have allowed such a situation to arise and was instantly suspicious of the wife. She’s long been of the opinion that if I drank less, I’d be fitter, happier, more productive. And she’s probably right.
With the exception of the happier bit, obviously.

Alternatively, it could be the “if I can’t drink then neither should he” approach. An approach with which I would wholeheartedly agree were it not for the fact that it would prevent me drinking. Marriage and pregnancy are all about sharing, you see: while she is eating for two, I’m doing the decent thing and drinking for two. Or at least I would be if the damn fridge wasn’t looking so bare.

Given that it’s now Thursday and I have endured successfully completed 5 beer free days, I feel that I should be noticing the benefits of my new healthier lifestyle.
Well, it’s not happening.

And so, this lunchtime, I will be heading to Ultra Liquors on Somerset Road to replenish my supplies of Milk Stout. And this evening, with the missus up in Jo’burg, I will be revisiting the combination of Milk Stout and Debonairs Pizza while she’s not looking.

Upon her return, I will feign complete and utter surprise at the newly stocked fridge and claim that the beer fairies must have visited while I was drunk asleep.

I will then duck and roll and head for the tent I have already erected in the back garden for such emergencies. It is ready prepared with everything I need to spent the night outside: a sleeping bag, mosquito repellent, a good book, a torch and – most importantly – a cool box full of beer. Well, with another one on the way, I guess this might be a good time to polish up on our parenting skills.

This page seems a good place to start, with plenty of helpful advice.