This is not a weather post. Yes, everyone is aware that it’s been chilly in SA lately, but that doesn’t mean that we have to go on about it like a Gautenger in a thunderstorm.

No, this is a post about Linden Gledhill’s DIY snowflake machine and the video he made to Ryan Teague’s track “Cascades”.
And here it is:

The movements of a music box ballerina are reinterpreted in a groundbreaking video for British composer Ryan Teague using electromegnetic fields, sub zero temperatures and 2000 volts of electricity.

I saw it here and despite Gledhill being a biochemist (and therefore probably a bit dull), I’m impressed with his homemade snowflake manufacturing process and the somewhat hypnotic video, which:

took months of planning, four days of shooting and roughly two terabytes of photos to animate the growth of hard-to-create ice crystals.

The dancing, contorting trees you see at the beginning of the video are ice structures — most no more than a fraction of a millimetre across — which were grown on the tip of an electrically charged, motorized needle.

Gledhill has previously done some other amazing photographic things with insects and paint; that link to a hugely interesting story of how and why he does what he does.

Some interesting news via PetaPixel on the rules surrounding non-professionals taking their cameras along to events at the upcoming London Olympics:

While larger venues might be more lenient, camera equipment over 30cm long (about 12in), including tripods and monopods, will not be allowed in most of the venues. In addition, attendees have also be warned that there is no storage available, so if you surrender your camera equipment to security, you’re not getting it back. If you have any doubts regarding your equipment, it’s better to leave it in your room.
The most interesting rule, however, has nothing to do with the camera equipment you use, but rather with your smartphone. Attendees, while they will be allowed to bring iPhones and Android phones into the venues, will not be allowed to use them as WiFi hotspots — in other words, if you wanted to connect your SLR (with an acceptably short lens) or WiFi enabled camera to social networks via your phone to do some on-the-fly uploading, you will not be allowed to do so.

Those size rules compare favourably with those at even minor events at the Cape Town Stadium. 30cm is assuredly big enough to satisfy anyone’s needs (said the actress to the Bishop). But the wifi thing is not only rather odd, but also surely completely unenforceable, especially since they also state that they are fine with live uploads to Facebook and the like on smartphones.

At the end of the day (or indeed at any other time), it really doesn’t bother me, since I’m not going along. But overall, I think the restrictions are a lot less draconian than many people would have expected.

They say that a picture is worth a thousand words, but this… umm… “interesting” Descriptive Camera suggests that it’s probably nearer twenty.

The Descriptive Camera works a lot like a regular camera—point it at subject and press the shutter button to capture the scene. However, instead of producing an image, this prototype outputs a text description of the scene. 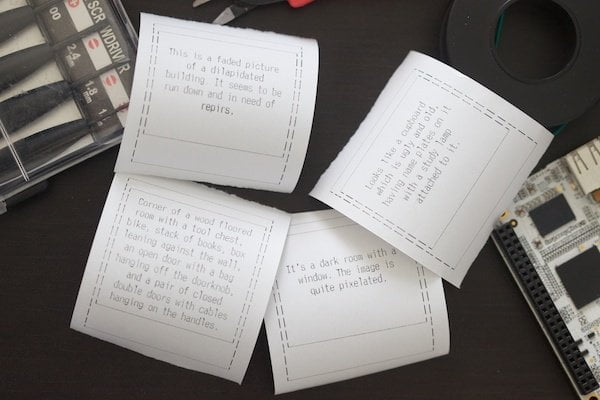 Yes. There’s no picture here, just a brief description of what the picture would look like. So how does it work?

The technology at the core of the Descriptive Camera is Amazon’s Mechanical Turk API. It allows a developer to submit Human Intelligence Tasks (HITs) for workers on the internet to complete. The developer sets the guidelines for each task and designs the interface for the worker to submit their results. The developer also sets the price they’re willing to pay for the successful completion of each task. An approval and reputation system ensures that workers are incented to deliver acceptable results.

Each “picture” costs $1.25 to “develop” and the process typically takes around 6 minutes.
The inventor, Matt Richardson, suggests that being able to file data about the contents of a photograph would be useful in searching, filtering and cross-referencing our photo collections. This rather clumsy (but still clever and innovative) system explores the possibilities of what being able to capture this data in this in the future might mean.

“Deathstar” – that’s the title of the latest blog post on longexposure.net (previously featured on 6000 miles… here). In this episode, our hero ventures deep into the heart of the enemy base (is this right? – Ed.) and finds himself in a space not unlike the one in which Luke Skywalker fought Darth Vader in whatever Star Wars film that was that they fought in.

Much as that fight made for thrilling viewing, so does the photography here, including this absolute gem which for me invokes some of that lightsaber action: 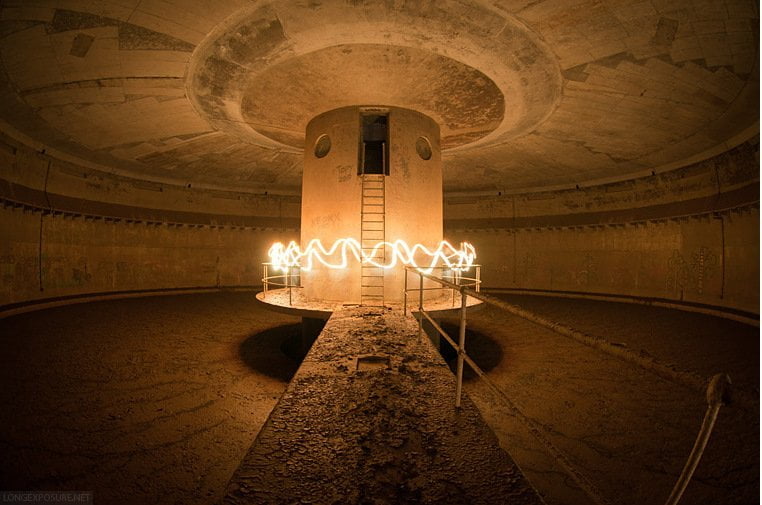 We’re not actually told what sort of building this is, only that:

Descending the access shaft and opening the door to the inner chamber here … is a sobering thing. There’s a subtlety to its shape that suggests a silent eruption of power; to stand beneath is to stare at a torus of cascading alien concrete.

Or rather, in this case, the ISS from Atlantis, via TriggerPit. 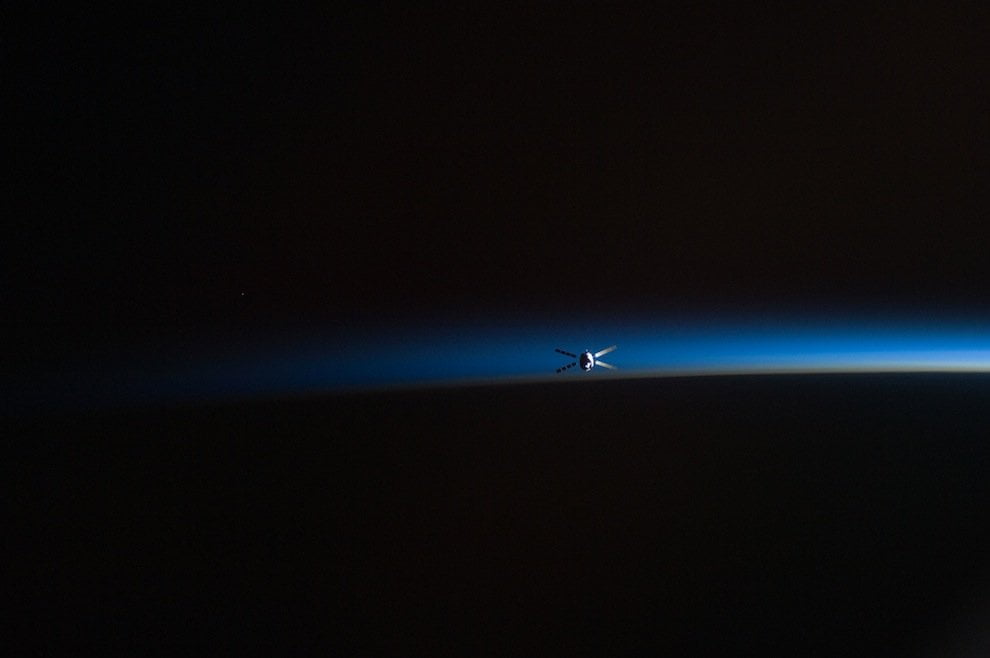 Earth from the ISS: Like a scene from Star Wars – an X-wing approaches

Kepler on the horizon. Backdropped by Earth’s horizon and the blackness of space, European Space Agency’s (ESA)
“Johannes Kepler” Automated Transfer Vehicle-2 (ATV-2) begins its relative separation from the International Space Station.
The ATV-2 undocked from the aft port of the Zvezda Service Module at 10:46 a.m. (EDT) on June 20, 2011.
Earth from ISS photo credit NASA.