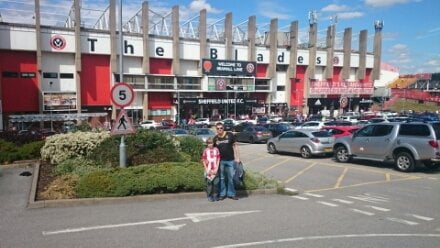 The season starts next week, so this was a preseason friendly against Hull City. For the most part, it was just that: played in a competitive, but good spirit.
There was a bit of a fight after halftime though, which was quite exciting for a friendly.

Following on from their 2-2 draw with a full strength Newcastle United side last weekend, the Blades continued to (metaphorically) punch above their weight with a well-deserved 1-1 draw.

Apparently, we’re surefire favourites to go up this season. Just like the last few seasons, then. We looked good today, it would be nice if we could keep it going for the next 9 months.