It seems to me that I may have been burning the candle at both ends.

It’s purely self-inflicted: the 2 hour time difference back to the UK means that at the moment, the football starts late and finishes very late. That means that I get to bed later still and yet the early morning school wake up still needs doing each day.

I could give the football a miss, but then also, I couldn’t. Last night’s games were too exciting to go to bed, and then there’s that difficult FOMO feeling as well. Since I’m not playing football at the moment, I need to get my fix somewhere: and that includes my social fix as well. 20 years ago, I could have watched alone and then written an email or blog post about it, but now, I can watch alone and then we can agree on just how bad the referee is with near immediacy on Whatsapp.

It’s not the same as going down to the pub and having a pint, but it is cheaper, safer and a whole lot less effort. Do we connect in the same way across a network as across a table? Probably not, but then I don’t think that the two are mutually exclusive. So sure, I use social media to communicate, but I still talk to people*.

It’s the FA Cup this weekend, which means less to me than the league, but I’ll probably watch some games anyway (and chat about them with friends). However, that fixture pile-up means that there is league football on three nights this week. I’m not quite sure how I’ll survive with so little sleep, but I’m still going to give it a go.

Just as soon as I’ve cleared up all this wax.

I’m sitting here writing a blog post to take my mind off the fact that I will be missing at least the first half hour of Sheffield United’s match at Norwich City because there’s loadshedding (“rolling blackouts”) and we’re being loadshod right now. There are no electricitys.

How am I writing this, then? Well, my laptop has a battery. However, the router does not have a battery, so I’m writing this offline with the intention of uploading it once the power comes back on again at 4:30.
I could connect to the internet via my phone, but that gets properly pricey after a while (because data in SA is ridiculously expensive), so let’s just wait for (only slightly less expensive) fibre to come back on and then I’ll get it done.

Sadly, as an average SA consumer, I don’t have any choice when it comes to being loadshod. I pay my bills, I pay my taxes, and yet I still get very little in return. In the current (no pun intended) situation, nothing at all. And so you just have to get on with life. But that doesn’t mean that I must be content with the way that things are. Just because we are powerless (slight pun intended) to change the situation, doesn’t mean that we shouldn’t be irritated about it: normalising loadshedding is not a healthy way to deal with a problem which has been brought about by mismanagement, corruption and general kakocracy.

And so for several hours each day, we walk this weird tightrope between sighing acceptance and fully justified anger.

I fully admit though that it is, more than ever this time, beginning to wear me down a little. 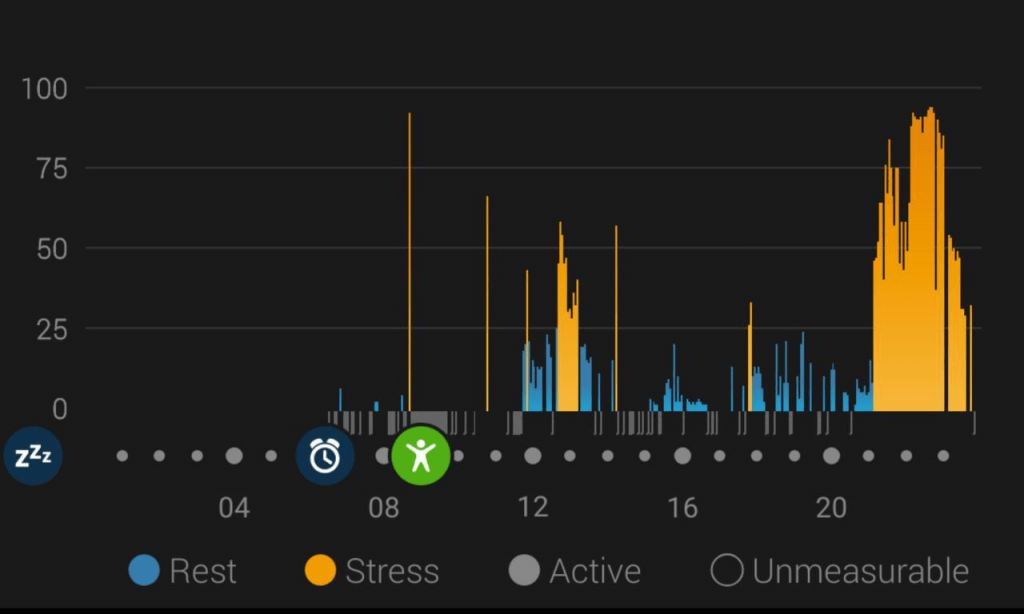 I feel like I aged 10 years in 90 minutes and I don’t even care, although I will be older than Medusa by the time the season’s over. Last night, only a celebratory brandy was enough to bring me back down from a near heart attack and I didn’t get to sleep until 3am.

It was one of those stellar games of football in which everyone in our team just clicked. Like a sweetly purring machine. Like a well-lubricated steam engine. Like a carefully made jigsaw puzzle. Like a… [that’s enough dreadful analogies now – Ed.]  Anyway, we made our opposition look a lot worse than they were as we put them to the sword 9-2: I even got a goal!

Home then for a shower and some of the incredible Spurs 2-7 Bayern game (not quite a 9-2, but never mind), while following four others which I’d chucked a cheeky twenty bucks on, and which all eventually came through.

I don’t dabble too much into the betting arena, but when I do, it’s with care and forethought, and I’m actually often rather successful.
It’s almost making me as much beer money as publishing posts telling people to try it.

Yeah, some footballers might dive a bit (something I hate, by the way) but if you think all footballers dive a bit, and we’re going to be going down the road of tarring entire sporting codes with the same messy brush, then… wow… this: 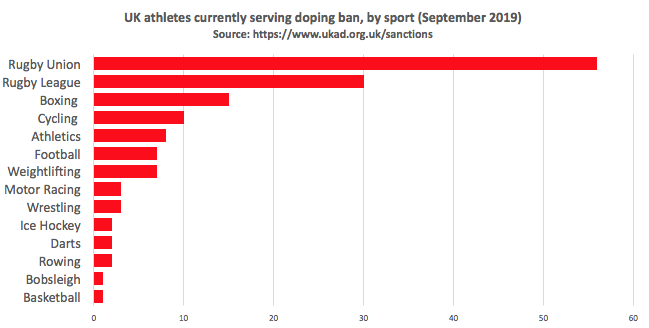 Cage rattlage via this guy.

But hey. Obviously, not everyone’s at it, and these figures are for the UK. But with one case of doping and one case of alleged ‘Roid Rage just ahead of the Springbok World Cup squad announcement (no, I’m not providing links, you do the legwork), I don’t think it’s an exclusively UK thing.

So next time Suarez flings himself over absolutely nothing, just be mindful that while he’s a complete twat, his latest urine sample was clearly unsullied by illegal substances.